Blockchain for banks: it’s all about the network

In my last post, I talked about some of the findings of a recent survey commissioned by Accenture that sought to answer questions around the current state of blockchain adoption in the banking industry.

As expected, the survey results indicated that blockchain use is top of mind among banking executives who lead payments businesses. The survey also uncovered the major benefits executives expect blockchain to generate for their bank, the use cases to drive those outcomes, and where banks are currently focusing their efforts.

But wherever they hope to deploy blockchain, executives expect a wide range of benefits, including: 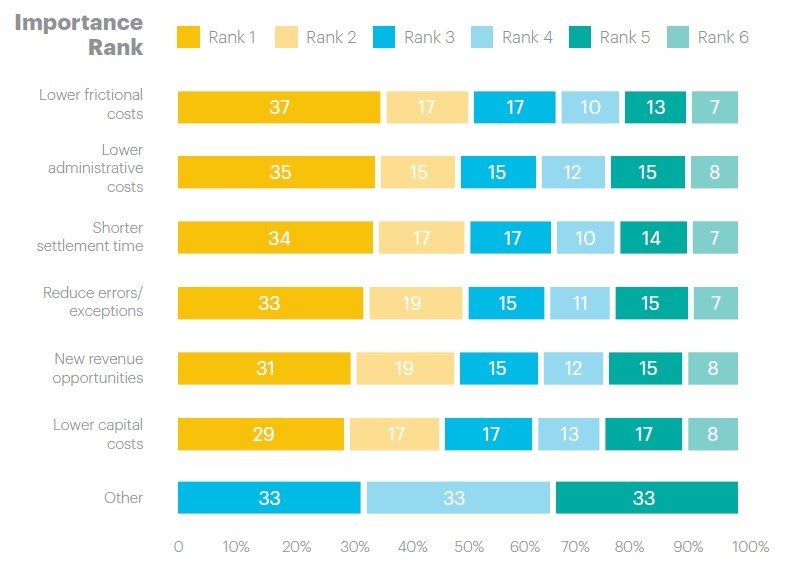 To that end, and perhaps most critically, our survey also revealed what executives believe must happen for blockchain to gain prominence globally. A global network will be critical to helping banks use blockchain to help transform payments at scale and help reduce risk of failure.

The most effective network should have two defining characteristics:

Standards are seen as especially critical, as are openness of the network and ubiquity.

However, such a network is still in its infancy. Much work remains to define the rules of engagement and help create the basics of the network before banks can move past a discussion of the technology itself and begin exploring how to actually use it to improve their business. Some of this heavy lifting could be handled by a consortium, possibly owned not only by banks, but also technology companies and other players.

But regardless of who’s creating and driving the network, banks roundly agree that without a robust one, blockchain has little chance for success.

In my next post, I will review other keys to blockchain adoption and venture a peak down the promising road ahead.

To learn more, take a look at the Blockchain Technology: How Banks are Building a Real-Time Global Payment Network report.

Blockchain has a bright future in banking

Blockchain is top of mind for banks

Next Post - Blockchain has a bright future in banking

Suggested Post - Blockchain has a bright future in banking