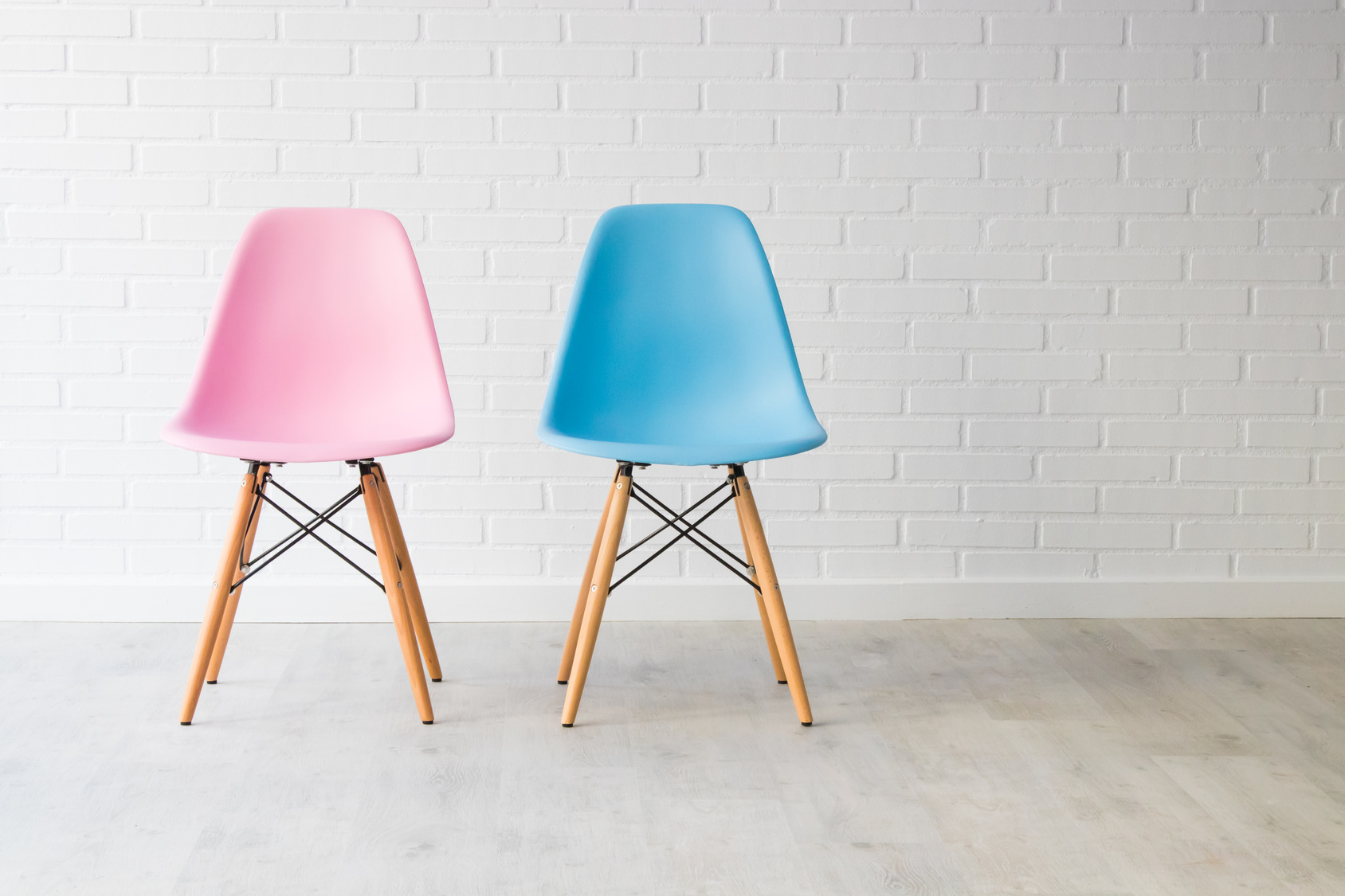 How are we doing at “getting to equal”?

I’ve used this blog quite a bit over the past few years to write about the importance of gender diversity AND inclusion―how it’s not only good for women, it’s good for everyone, and it’s quantifiably good for business. As we celebrate International Women’s Day (IWD) 2019, it seems appropriate to take another look at how we’re doing at “getting to equal.”

The theme for this year’s IWD is “Balance for Better.” In the spirit of balance for better, I’m going to reflect on where we were a year or so ago, shine some light on our progress toward gender balance in financial services, and offer a few suggestions for getting to equal―faster. But first…

What does gender parity mean?

In its simplest form, gender parity means equal and unfettered opportunity and rewards for both men and women—in all aspects of society. Within the workforce, this principle applies not only to the compensation men and women receive for doing the same job; it also applies to a broader parity of income or earning power between men and women. 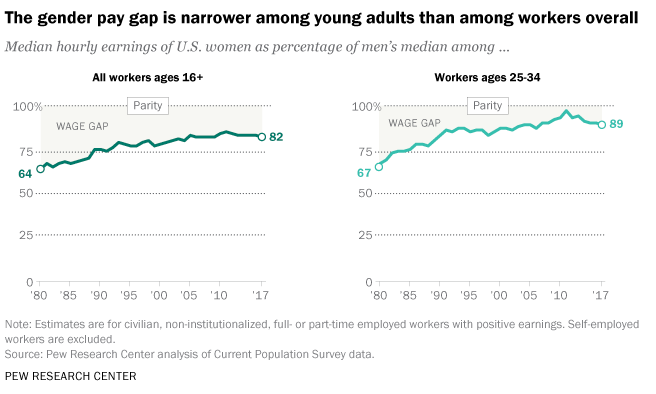 While women in most developed economies are now generally paid the same amount as men for the same job, their overall earning power is still significantly depressed. Worldwide, women earn 77 cents for every dollar earned by men. Pew Research reports that in 2017, women in the United States on average earned 82% of what men earned. Fortunately, the gap is smaller for people aged between 25 and 34 (89%), which could indicate we’re going in the right direction. However, a recent pay equity report summarising progress over the past several years shows this gap is closing at less than half a percentage point per year. At that rate, we are still a long way from equal, and many readers of this blog will be well and truly retired when we are.

Gender parity also means equal representation for women in leadership positions. As I shared last year, according to a Peterson Institute for International Economics study, as of 2016 approximately 60% of the 22,000 global firms surveyed had no female board members, more than 50% had no female executives, and fewer than 5% had a female CEO. Pew Research reported that in 2016, women represented only approximately 20% of Fortune 500 board membership and held 5% of the Fortune 500 CEO positions.

While a more recent Pew Research report indicates that the number of female CEOs of Fortune 500 companies reached its highest level ever in 2017 (6.4%), representation plummeted to 4.8% in 2018―as several prominent female CEOs left their jobs. It’s disheartening that career changes among a few could make such a big difference.

Equality between the sexes also includes equality in education and training, career advancement, and all the other compensatory benefits a company might offer—including those that enable gender parity, such as generous family leave and flexible work schedules for both men and women. Yet while women continue to outnumber men in higher education, and outperform them there—and frequently at work as well—women still find their rise up the ranks hindered. There is progress, but often it’s not fast enough nor broad enough.

Gender parity is about your customers too

Finally, gender parity means recognising and equally catering to both men and women in the marketplace. This is an important issue for the financial services industry, given the role women often play as the family’s “Chief Purchasing Officer” (CPO) and financial manager. This role is expanding, as baby boomers enter their retirement years and women outlive their spouses. Increasingly, women are becoming a significant wealth-holding customer base. Fidelity Investments estimates that by 2020, women will control 60% of the wealth in the United States. This certainly has implications for the financial services industry.

For instance, consider the value of the communication and relationship skills women bring to an industry that often requires a human touch. This skill set will continue to grow in importance as the industry works to regain customer trust, transform itself through technology, and create greater opportunities for more consultative roles for its employees. There is a very important role for women to play here in financial services firms’ success.

Why does gender parity matter?

The business case for gender parity is strong. Boosting female participation in leadership to 30% can increase profitability by as much as 15%. Clearly, gender parity is not just the right thing to do on moral grounds. It’s also the right thing to do because it enables a more productive and profitable workforce and economy―and a healthier society.

Men and women are undoubtedly different—as genders and as individuals. In general, each contributes unique qualities and characteristics to the work environment. The skills, expertise, and inherent qualities and abilities women contribute—when combined with men’s—create a balanced whole. This is all the more reason for ensuring gender parity in the workplace.

How does gender parity play out in the financial services industry?

Historically, financial services as an industry has neither done the best nor the worst job at driving gender parity. Relative to other industries, it sits somewhere in the middle, though there are some startling deviations within certain sectors. For example, a 2017 analysis shows that, on average, female financial advisors earn 56.4% of what their male counterparts earn. A recent Entelo study points to considerable discrepancies between verticals, with the investment and capital markets sectors performing at the lowest levels in terms of female leadership.

While men and women are fairly equally represented in the industry at the entry level (46% of financial services employees are female), women hold only 15% of the positions at the executive level―indicating a “pipeline” problem. Clearly, there is significant work to be done if firms want to take advantage of growth opportunities and capture strong talent―a challenge for the financial services industry.

As I mentioned earlier, as consumers, women are important contributors to the industry because they frequently perform the role of the family’s financial manager―representing a growing revenue source. Women in the financial services workforce can help their firms meet their female customers’ needs through more meaningful, personalised service.

So, what’s been holding the financial services industry back from full gender parity? Fundamentally, the same issue that impacts other industries—the lack of a full-scale, concerted effort to deliberately target and eliminate gender inequality, compounded by the continued impact of unconscious bias in the workplace.

A story of mixed results

In early 2018, Citigroup reported that its female employees were paid 99% of what their male employees make, and expressed an intent to fully close that final gap with raises by the end of the year. The disclosure of this information is a first for a large U.S. bank and models the transparency that will be a requirement for driving significant gender parity change in the industry, which I’ll talk more about later.

Unfortunately, it’s not all good news. For example, JPMorgan Chase & Company has made a significant commitment to overcoming its leadership gender gap. Half of its ten senior leadership team members are women, 30% of its broader executive teams are women, and 50% of its workforce are women. The company has invested heavily in female support groups, offers a generous family-friendly benefits package, and puts a concerted effort into programs that encourage women to pursue technology-related career opportunities. However, when it comes to female board membership, at 17% the company remains at the bottom of the list among its peers (Bank of America at 33%, Citigroup Inc. at 31%, and Goldman Sachs at 18%).

Admittedly, a year is a relatively short time in which to gauge significant change on a pervasive and deep-seated social and economic issue. On the other hand, the unifying force and transparency of the #MeToo movement, the election of an unprecedented number of women to Congress in the recent U.S. midterm elections, and the focus of this year’s IWD all indicate there is great opportunity for things to change for the better, quickly, and with the right approach.

Financial services firms, their leadership, and the human resources professionals who support them have an obligation to do more due diligence in areas over which they have control. This is where change will originate.

Getting to equal faster

Here are some concrete steps you can take to accelerate your firm’s move toward getting to equal.

Barclays Bank has taken a multi-faceted approach to gender parity that touches on all of these principles. And with good reason. In early 2018, the company’s own audit (mandated by UK law) unearthed a gender pay gap that showed its female investment bankers were earning only 48% of what their male colleagues earned.

The company strongly supports an analytics-based approach to identifying and rectifying gender disparity across the organization and has set the target of increasing female leadership representation by 1% per year―which the company has successfully met over the past five years. Men are actively engaged in the company’s gender network, gender bias training is part of the company’s culture, and Barclay’s has implemented a formal program for helping mid-level women successfully renew their careers after a break.

Clearly, gender disparity remains a significant issue. Without transparent and aggressive measures, it will continue to hold back women, and the companies in which they work. As an industry that has pockets of significant disparity, financial services has the opportunity to apply lessons learned and best practices to become a model for achieving gender parity.

How well is your firm performing at supporting gender parity? What do you think it could be doing better, or doing more of, to escalate gender parity?

Feel free to share your thoughts in the comments section below, or email me to discuss how Accenture can shed more light on making gender parity a reality within the financial services industry.

Also, please explore the following resources for more information on gender parity in the workforce.

Accenture Report: When She Rises, We All Rise

Getting to Equal―Closing the Gender Pay Gap

Next Post - Building up the future workforce: a data-driven, personal approach