Talking Agility, Episode Five: The journey from agile in IT to enterprise agility

Enterprise agility may seem like a new concept outside of IT circles, but this week’s podcast guests have been Talking Agility for 20 years, both from an IT and a business perspective. 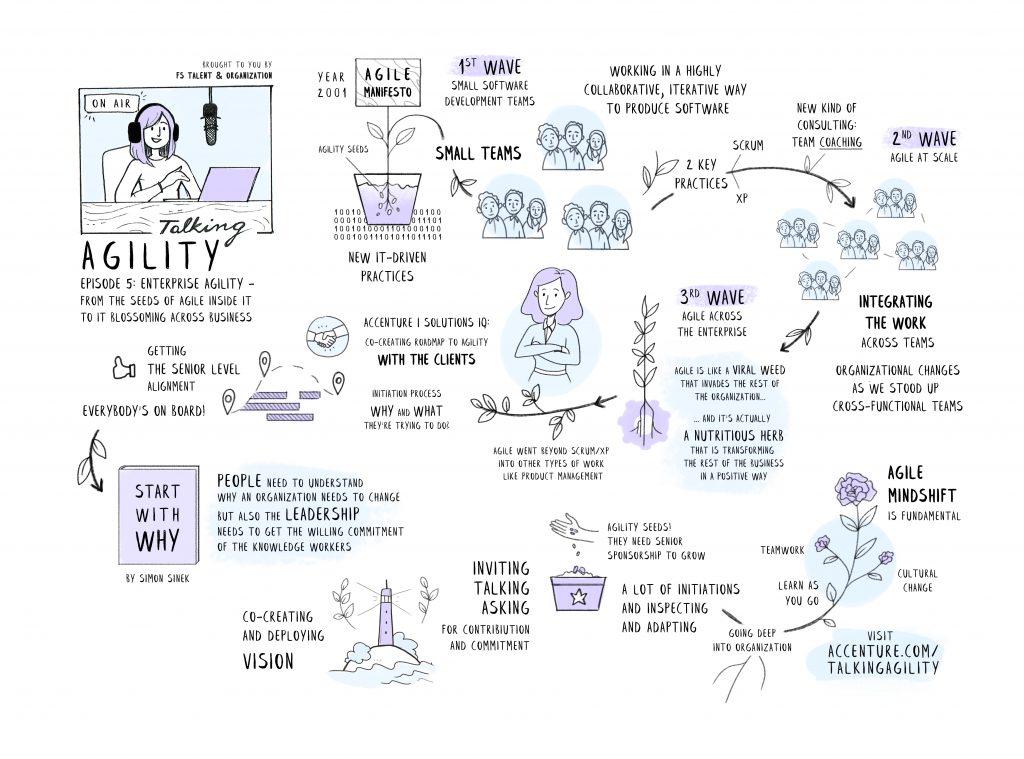 This week we launch episode five of Talking Agility, which is now available for download or streaming! This week’s episode is an interesting and insightful look at the evolution of agility, from its origins in IT when small teams were brought together to produce faster and better software, to the current wave where it has become a strategic imperative for the entire enterprise. As such, it engages both IT and business stakeholders in the conversation. My guests certainly have all the experience in their careers to tackle the topic!

In this episode I had the pleasure of speaking to Charlie and John Rudd. John is the former president of SolutionsIQ, and is now leads Agility Service for Accenture North America. Charlie, the former chairman and co-owner of SolutionsIQ, which became an Accenture company in 2017. He is a member of Accenture’s leadership team whose work focusses on employee experience and development.

The acquisition of the brothers’ company by Accenture in 2017 did much to increase the breadth and depth of our agile capabilities.

In 2003, John and Charlie entered the market as an agile consultancy within the IT industry, and they have been at the forefront of agile transformation ever since. It was great to be able to discuss with them how agility—and the larger agile social movement—has evolved over the years. Charlie identifies three distinct waves of development: Agile Teams, Agile at Scale, and Business Agility:

He says that many leading organizations are currently somewhere in the second or third waves. You can read more about his thoughts on the three waves in his blog.

To complement Charlie’s thinking, I will bring up a few of the latest ideas from Andy Young in his recent blog post, Navigating the Agility Journey in Financial Services. He reminds us of some of the core principles of scaling and embracing agility, which are important for successfully enhancing agility at the enterprise level:

Throughout my conversation with Charlie and John, one thing that became very evident is that agility itself is agile. While the two terms are often conflated, agile is an aspect of agility. We can think of agile as a way of doing agility, a mindset and set of practices which put us on a path toward a new way of working and thinking. It is iterative, and while from its beginnings was almost exclusively used by IT companies, it has now been integrated into almost all enterprises and organizations.

“The operating environment is much more volatile that it was ten, twenty, thirty years ago,” Charlie explained, noting that there has been a shift from an industrial-based economy to a knowledge worker economy.

“The operating environment is much
more volatile that it was ten, twenty, thirty years ago.”

That shift has resulted in agility becoming an important attribute at all levels. But where does an organization begin? It was really interesting to listen to John describing SolutionIQ’s ways of working and approaching a client problem:

“We try to take a step back initially with the client,” John explained, “and we say, ‘What is the pain that you’re trying to address? What are the whys associated with what you’re doing?’”

“What is the pain that you’re trying to address?”

This brought to mind a book I really like, written by Simon Sinek, called Start with Why. Sinek – who coincidentally I met the day before my conversation with Charlie and John – is a British-American author, motivational speaker and organizational consultant who has written extensively about agility. He, like Charlie and John, focuses on the why––the reasons behind the desire to transform.

Charlie and John are both advocates of Sinek’s work, and for anyone who hasn’t yet had the pleasure of listening to or seeing him speak, I suggest starting with this vintage TED Talk on the principles of starting with why––and how strong leadership creates change. It has already been viewed by more than 46 million people.

Sinek’s TED Talk is a historical plot-point on the journey toward enterprise-wide agility and a valuable starting point for anyone looking to embark on their own transformational journey. Charlie and John’s interview touched on several of the points Sinek has made about agility. Keep your ears open for other book recommendations we shared during our interview!

The Rudds have so much insight to share that I could easily have talked with them for hours – I encourage you to visit the Talking Agility website and take a listen for yourself.

If you like this episode and are curious about further content, there is a new episode every two weeks. You can subscribe here, as well as on iTunes or Soundcloud (or any other platform you get your podcasts from).

If you have comments, questions or suggestions for future episodes, please do get in touch.

Lastly, I wanted to send out a big thank you to everyone who has messaged us already; I look forward to talking more with you. You can find me on Twitter, LinkedIn, or through the podcast website – I’d love to hear from you! 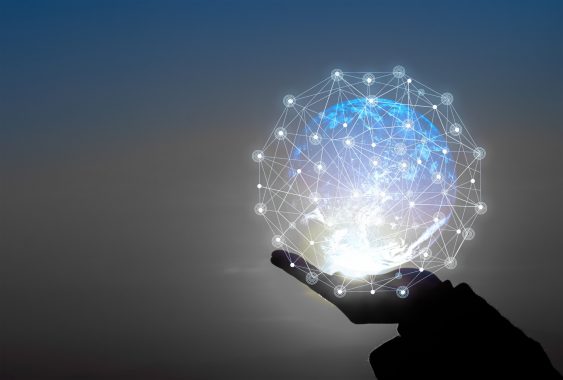 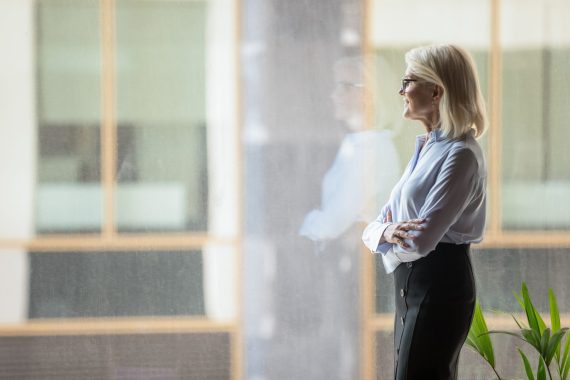 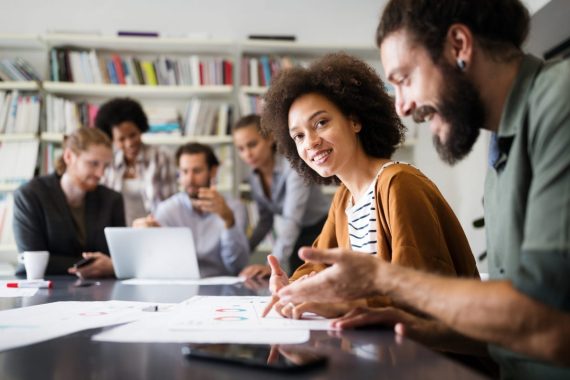 Next Post - Talking Agility, Episode 6: The path to the customer

Suggested Post - Talking Agility, Episode 6: The path to the customer