Emerging Risks – The growing use of Crowdfunding

Introduction
Crowdfunding is the collective effort of individuals who network and pool their money, usually via the internet, to support efforts initiated by other people or organizations1. Crowdfunding is used in support of a wide variety of activities, including disaster relief, citizen journalism, support of artists by fans, political campaigns, and increasingly for startup company funding2.
Crowdfunding can also refer to the funding of a company by selling small amounts of equity to many investors. This form of crowdfunding has recently received attention from policymakers in the United States with direct mention in the JOBS Act; legislation that allows for a wider pool of small investors with fewer restrictions3. While the JOBS Act awaits implementation, hybrid models, such as Mosaic Inc.4, are using existing securities laws to enable the public in approved states to invest directly in projects as part of a crowd.
The table below provides a summary of the key regulatory provisions and how they may apply (pending final approval) to those endeavoring to integrate this funding source. This article addresses both opportunities and key concerns and what banks and financial services firms need to do to ensure compliance.
Crowdfunding is a source of investment seed money, and if the proposal is adopted by the Securities and Exchange Commission (SEC), this would mark a major shift in how small U.S. companies can raise money in the private securities market.
Private companies are currently allowed to solicit only accredited investors – those with a net worth of at least $1 million, excluding the value of their homes, or with annual income of more than $200,000. The crowdfunding rule would let small businesses raise up to $1 million a year by tapping unaccredited investors.
It remains to be seen if the plan goes far enough in limiting regulatory costs (mainly associated with filings and compliance) so that small businesses find crowdfunding desirable. The measure would still impose a number of disclosure rules and other requirements on small companies and crowdfunding intermediaries5.
Crowdfunding

Essentially, online crowdfunding platforms (CFPs) provide a funding mechanism that facilitate the exchange of money, goods or services between funders and fundraisers. Their power lies in the fact that, by operating through the internet, they make it possible for large numbers of disparate, individual investors to pool together their resources to fund specific projects. The sorts of returns that these funders receive on their investment may vary greatly according to the business model adopted by the specific CFP. Some platforms offer investors the chance to earn a conventional fixed interest rate; others provide funders with compensation in the form of some type of equity or profit-share arrangement. As a further alternative, some platforms also allow fundraisers to provide non-monetary payoffs, such as a first-edition release of the product being funded.
The SEC and Financial Industry Regulatory Authority (FINRA) proposals set out rules to introduce the concept of utilizing CFPs for raising seed capital. Seed capital can be distinguished from venture capital in that venture capital investments tend to come from institutional investors and tend to involve significantly more money, an arm’s length transactions, and much greater complexity in the contracts and corporate structure that accompany the investment. Seed funding can involve a higher risk than normal venture capital funding since the investor does not see any existing projects to evaluate for funding. Hence, the investments made are usually lower (in the tens of thousands to the hundreds of thousands of dollars range) as against normal venture capital investment (in the hundreds of thousands to the millions of dollars range) for similar levels of stake in the company6.
Trends
Although still in its infancy, the crowdfunding industry has managed to attract a significant number of investors from across the globe. Current estimates put the amount of money raised in 2012 alone at $2.2 billion (€1.6 billion), with forecasts for continued growth over the coming years.
According to a 2012 report by Massolution, over 55% of all successful crowdfunding campaigns originated in Europe (North America accounted for approximately 48% of the rest), with the latest estimates suggesting that over 650,000 different crowdfunding campaigns were launched in 2011 alone7.
The fact that most funders who give to online crowdfunding campaigns in Europe still do not receive (or expect) a significant monetary return on their investment suggests the value of the emotional and ethical returns from CFPs outweigh the profit considerations.
Fred Wilson, co-founder of the venture capital firm Union Square Ventures (which has invested in Twitter, Inc., Tumblr, Inc., Foursquare Labs. Inc. and Zynga, Inc.), predicts that once it gets up and running, the equity crowdfunding market will reach $300 billion and will be largely driven by families and individuals investing a small percentage of their assets via crowdfunding. As a point of comparison, a study from  Crowdsourcing LLC reports that about $1.5 billion was raised from 452 crowdfunding platforms in 20118.
Opportunities

Crowdfunding impacts no group more than it does venture capitalists (VC). Companies that crowd fund typically raise $1 million or less. This is the sweet spot for VCs. For the vast majority of VCs, it is both difficult and time consuming to generate quality deal flow. This is where great equity crowdfunding sites come in: a well curated site saves time, and extends the reach, for VC investors. This allows the investor to focus all their efforts on due diligence, which will ultimately yield a higher return on their time. Furthermore, the diligence materials available on an online platform should be detailed and organized, as crowdfunding platforms have to aggregate a company’s materials before it raises on the site. The availability of these diligence materials alone – of businesses that have already survived a strong crowdfunding site’s stringent internal review process – can save VC countless hours, allowing them to focus on their own due diligence9.
Concerns

William Galvin, Secretary of the Commonwealth for Massachusetts, is concerned about crowdfunding risks and has sent a letter to the SEC identifying crowdfunding’ s many pitfalls. Mr. Galvin writes:
“While this picture of the potential benefits of crowdfunding is undeniably attractive, as regulators we must be vigilant that the exemption will not become a tool for financial fraud and abuse…Unscrupulous penny stock promoters have used misrepresentations to market obscure and low-value stocks to individuals, often through pump and dump schemes. These kinds of fraud operators have not gone away.”
By its nature, crowdfunding appeals to a less sophisticated investor who will invest in any project they think will be “the next Facebook”. Typical crowdfunding investors, even with basic disclosure requirements for participation, won’t have the investment savvy to determine whether an investment is real or a fraud. Many fraudsters and scam artists are brilliant at presenting their investments on paper to meet the very basic disclosures of crowdfunding10. Broader Anti-Money Laundering (AML) concerns are addressed under the SEC bad actors rule11.
While unintentional, crowdfunding is tailor made to assist fraudsters in duping unsophisticated “investors.” Indeed, even if the SEC, in an attempt to avert fraud, increases the amount of disclosures, the individual investment contributions will still be too small for law enforcement authorities to expend resources to investigate or for attorneys to take on a fraud lawsuit, unless of course a contingency business litigator can bring a class action.
Galvin specifically noted:
“The typical crowdfunding offering will be small (many may be far below $1 million), so there is the great risk that these offerings will fly under the radars of many regulators.”
Even more disconcerting is the impact of social networking and potential fraudulent schemes through crowdfunding. Galvin writes:

“We expect that various kinds of social media will be used in tandem with crowdfunding. This may involve forums or message sharing through a portal’s website; it may involve current social media channels (especially Twitter® and Facebook®); and is likely to involve new channels and technologies…There is the great risk that pump and dump operators will use social media to improperly promote these offerings.”

Furthermore while crowdfunding requires certain minimum disclosures, people seeking funds via crowdfunding portals will not have to adhere to the same level of disclosure as normal businesses with a prospectus. Galvin continues:
“In this segment of the market, company information may be limited or simply false, and investors typically lack investment sophistication and are often insufficiently cautious.”

As with many new technology advancements early adopters can benefit from enhanced earnings spreads while assuming the cost of the previously unknown business risks. Conversely, later adopters may benefit from the internal control “lessons learned” and possibly drive down the spread until such time as the product or channel becomes a plain vanilla offering.
As its use will likely continue to grow exponentially through the end of the decade, The two greatest challenges facing firms today in implementing a crowdfunding platform are compliance related rather than technological. Specifically, the due diligence regarding the management capability and integrity of companies seeking funding and the education and monitoring of small investor investment portfolios.

Accenture, its logo, and High Performance Delivered are trademarks of Accenture.
This document is produced by Accenture as general information on the subject. It is not intended to provide advice on your specific circumstances.
If you require advice or further details on any matters referred to, please contact your Accenture representative. 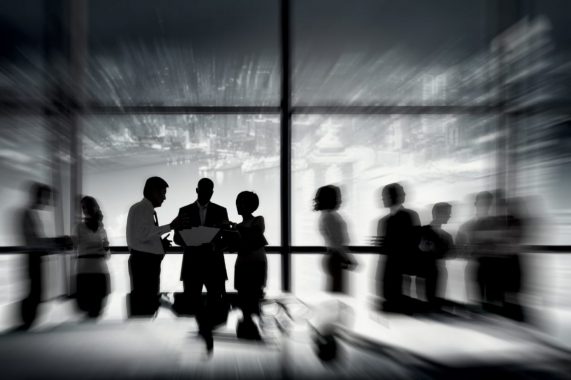 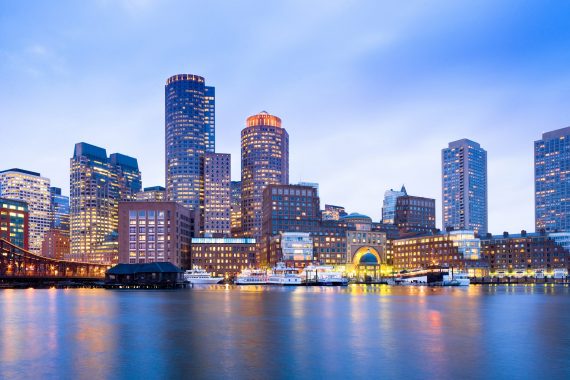 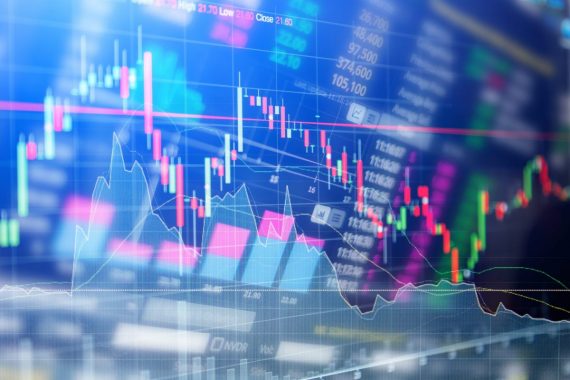 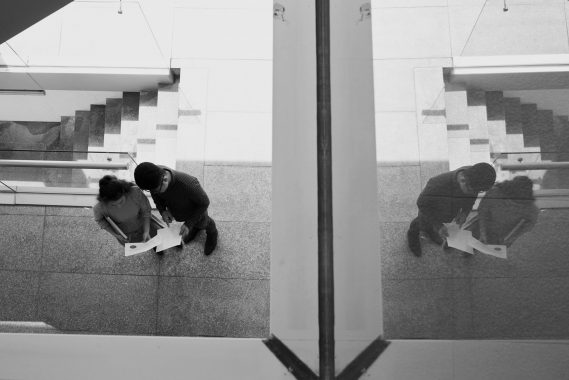