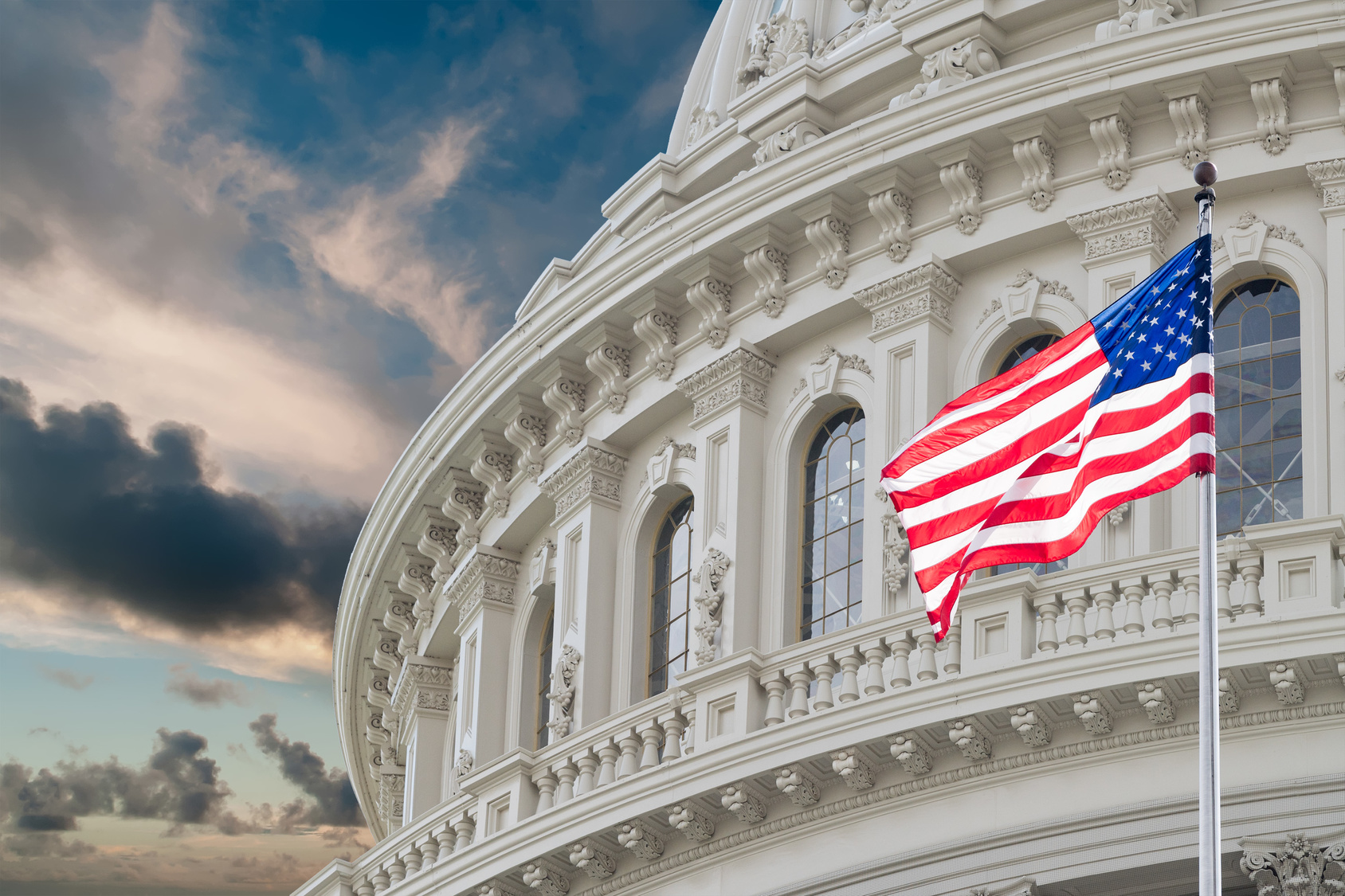 On March 14th, 2018, the Senate passed a bipartisan measure easing the Dodd-Frank regulations passed after the financial crisis almost a decade ago. The bill, sponsored by Senate Banking Committee Chairman Mike Crapo (R-Idaho), which passed 67 votes to 31 with support from more than a dozen Democrats, would exempt dozens of banks from the stricter Federal Reserve (Fed) oversight imposed by Dodd-Frank, and many smaller community banks from lending restrictions and reporting requirements. House Republicans, who passed the Financial CHOICE Act, sponsored by House Financial Services Committee Chairman Jeb Hensarling (R-Texas), last year initially said the Senate bill did not go far enough, and House Speaker Paul Ryan (R-Wis.) vowed to freeze the bill unless the Senate agreed to take up provisions from the House. On May 8th Speaker Ryan said the House and the Senate had struck a deal to pass the upper chambers bipartisan bill, in exchange for the Senate debating a package of bills from the House Financial Services Committee.[1]

So finally, on May 22nd, in a rare demonstration of bipartisanship, the House voted 259 – 159 to approve the Senate bill. While some Democrats, such as Nancy Pelosi and Maxine Waters of California, urged colleagues not to “allow the Grand Old Party (GOP) Congress to drag us back to the same lack of oversight that ignited the Great Recession,”[2] the Bill, while easing regulations that have hurt smaller banks, in fact does little for the biggest Wall Street banks.

Senate Banking Committee Chairman Mike Crapo’s bill, the Economic Growth, Regulatory Relief, and Consumer Protection Act, is primarily focused on correcting the unintended harm Dodd-Frank caused to smaller banks and financial institutions around the country. Dodd-Frank imposed 28,000 new restrictions on banking activities, and large Wall Street banks were more able to comply with them. Crapo said the legislation “right-sizes the regulatory system for smaller financial institutions, allowing community banks and credit unions to flourish. Rather than spend time on compliance, these institutions can redirect resources toward what they do best, approving mortgages, providing credit, and lending to small businesses.” [3]

The bill will provide an exemption from escrow requirements under the Truth in Lending Act (TILA) for certain loans made by an insured depository institution with less than $10 billion in consolidated assets, and removes the three-day wait period for certain TILA mortgage loans.

The bill mandates that Federal banking agencies develop a specific Community Bank Leverage Ratio (equity capital to consolidated assets) for banks with assets of less than $10 billion. The Fed must also increase, from $1 billion to $3 billion, the permissible debt level for bank holding companies or savings and loans that are not engaged in significant non-banking activities, or do not conduct significant off-balance-sheet activities and own material amounts of debt or equity securities.

The bill also amends the Bank Holding Company Act to exempt from the Volker Rule banks with total assets of less than $10 billion, and trading assets and liabilities comprising not more than 5 percent of total assets

The bill amends a number of laws, both state and Federal, such as the Fair Credit Reporting Act to protect consumer credit, including veterans and seniors. It requires the General Accounting Office (GAO) to report on various aspects of the consumer reporting industry, such as protecting veterans from predatory lending, and extending foreclosure relief for servicemembers. It also requires the Department of Housing and Urban Development (HUD) to report on policies and enforcement relating to lead and asbestos hazards.

The bill amends the Dodd-Frank Act for non-bank financial companies supervised by the Fed and certain bank holding companies to increase the asset threshold at which certain enhanced prudential standards would apply, from $50 billion to $250 billion, while allowing the Fed discretion whether a financial institution with assets of upwards of $100 billion may be subject to those standards. The bill also increases the asset threshold for mandatory stress tests from $10 billion to $250 billion, and for mandatory risk committees from $10 billion to $50 billion. The bill also requires the appropriate federal banking agencies to exclude from the Supplementary Leverage Ratio calculations any funds a custodial bank has deposited with a central bank, and has also amended the Federal Deposit Insurance Act to include certain municipal obligations, if they are investment grade, to be treated as high quality liquid assets.

The bill amends the Securities Act to exempt securities qualified for trading by the Securities Exchange Commission (SEC) from state registration requirements. It also directs the SEC to report on the risk and benefits of algorithmic trading, and to revise registration rules for closed end companies to reduce filing requirements and restrictions on communications with investors in certain circumstances. The bill also amends the Investment Company Act to exempt certain venture capital firms from qualifying as an “Investment Company.”

The bill enhances protections for student borrowers in the event of the death or bankruptcy of the co-signer of a loan, and mandates the Treasury Financial Literacy and Education Commission to inform and assist students when making financial decisions related to student borrowing.

While these reforms were hailed by White House officials as another “milestone” in the administrations mission to “revitalize the US economy” by lifting barriers to business, it is not the repeal that Trump pledged on the campaign trail, as many Dodd-Frank provisions are left largely untouched.[5] However, in raising the threshold of systemically important banks to $250 billion it frees regional banks such as SunTrust Banks, Inc and Fifth Third Bank, as well as large institutions like American Express Company and Branch Banking and Trust Company, from onerous regulations. The nation’s largest custody banks such as The Bank Of New York Mellon Corporation, State Street Corporation and Northern Trust Corporation should also benefit from the ability to exclude customer deposits placed with central banks to be excluded from the Supplementary Leverage Ratio, thereby possibly offering major capital relief, so allowing firms to reevaluate capital and liquidity planning. And the more favorable treatment for municipal bonds is likely to help Citigroup, Inc. and other Wall Street banks’ bond trading businesses, as well as help lowering financing costs on infrastructure projects across the country.[6]

While the bill stops far short of unwinding Dodd-Frank, it represents a watering down of the Obama era rules, leaving fewer than 10 big banks in the US classified as systemically important and so subject to stricter federal oversight, but it does free thousands of banks with less than $250 billion in assets from regulations they have long complained are too onerous. House Speaker Paul Ryan said, “Our smaller banks are engines of growth, and by lending to small businesses and offering banking services for consumers, these institutions are and will remain vital for millions of Americans who participate in our economy.”[7]

Former congressmen Barney Frank, the former Democratic representative who co-authored the Dodd-Frank reforms, said the new legislation was “mostly reasonable” and has many “positive elements”[8]. He pointed out that 95 percent of the original law is unaffected, saying “people who say it is a rollback are wrong.”[9] Frank emphasized that the bill as passed by Congress “does not in any way weaken the rules, the problems against derivatives, which were a major part of the problem. It does not in any way weaken the restrictions against people making mortgage loans and then securitizing them.”[10] He did, however, argue regarding the amount at which a bank is considered systemically important. While $50 billion was too low, $250 billion may be too high. He stated above $125 billion “was a mistake.”[11] Overall, however, the legislation is viewed at aiming to fix problems with Dodd-Frank and not to weaken it. Democratic senator Heidi Heitkamp (D-N.D.), a key backer of the bill, said, “That’s going to improve Dodd-Frank, not diminish or begin to erode Dodd-Frank.”[12]

The Economic Growth, Regulatory Relief, and Consumer Protection Act is expected to be signed into law by Trump at a formal ceremony before Memorial Day. [13]

Accenture is a leading global professional services company, providing a broad range of services and solutions in strategy, consulting, digital, technology and operations. Combining unmatched experience and specialized skills across more than 40 industries and all business functions—underpinned by the world’s largest delivery network—Accenture works at the intersection of business and technology to help clients improve their performance and create sustainable value for their stakeholders. With more than 442,000 people serving clients in more than 120 countries, Accenture drives innovation to improve the way the world works and lives. Its home page is www.accenture.com

If you require advice or further details on any matters referred to, please contact your Accenture representative. 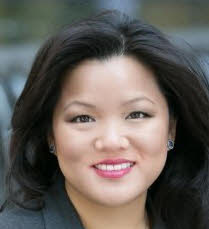 Preparing for 2021 CCAR ahead of LIBOR cessation 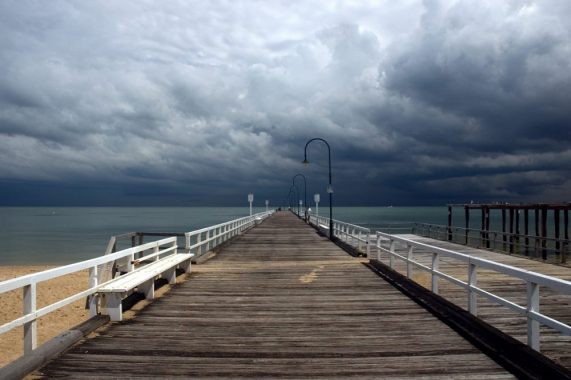 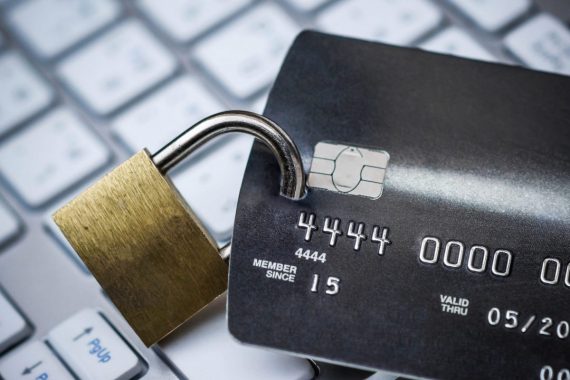 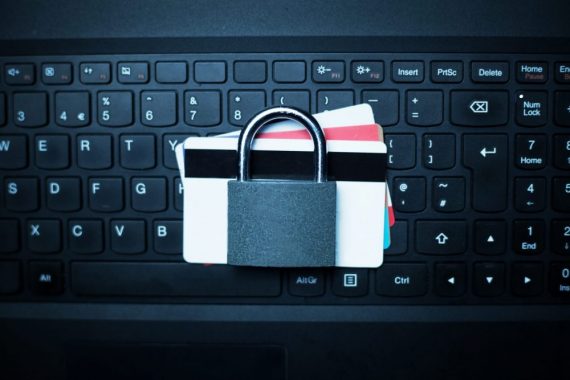 Next Post - Are insurers ‘raising’ their AI right? Can human-machine collaboration mitigate risks?