Brushing Up on Your ABCs: Regulation Refresher and Tech Talk Prompted by Recent DOJ and SEC Publication

A young Michael Jackson might have disagreed, but ABCs aren’t always as easy as 1-2-3.  Anti-Bribery and Corruption is the focus of the Foreign Corrupt Practices Act (FCPA), for which the Department of Justice (DOJ) and the Securities and Exchange Commission (SEC) have recently jointly published a second edition of their resource guide.  This guide gives further clarity into the regulators’ intentions to enforce some of the more debated aspects of FCPA and highlights the need for next-generation technology to defend against violations.1

A (Very) Quick Recap of FCPA

The FCPA is a U.S. law which was passed in 1977 and which prohibits bribery of foreign officials to further business deals.2

There are two main articles.  The first lays out the anti-bribery provisions, and the second lays out accounting transparency and internal control guidelines. Both the SEC and the DOJ are responsible for enforcing the FCPA.3

The Perils of Violating FCPA

The SEC’s punitive measures in response to FCPA violations have made headlines for decades, some of which have had price tags well over $100MM.

It’s worth noting that many of the settlements around FCPA are based on the second provision of accounting transparency and internal controls.  What’s interesting about this is that many companies pay the price (both monetary and reputational) for anti-bribery/corruption without definitively engaging in bribery or corruption – a fact that has been criticized over the years.

“A Resource Guide to the U.S. Foreign Corrupt Practices Act”

In 2012, the SEC and the DOJ jointly released “A Resource Guide to the U.S. Foreign Corrupt Practices Act” to offer guidance for compliance with FCPA.4

For the eight years since then, that guide was the primary guiding light in FCPA compliance – until July of this year, when “A Resource Guide to the U.S. Foreign Corrupt Practices Act, Second Edition” was released.

The release of the second edition has caused quite a stir – “What’s changed?” is being widely discussed.

One of the more anticipated subjects within the new edition is that of the second provision around accounting and internal controls.  In short, the second edition does add some new clarification on this topic, but it does not back down on the intention to uphold that part of the law.  Here are some details:

The bottom line: The above points highlight potential areas of continued DEC and DOJ involvement regarding the accounting and internal controls provisions of FCPA.

The bad news: even very large and sophisticated corporations continue to get hit with FCPA violations and fines every year.  Though the statute has been around for decades, many companies have still not perfected the art of compliance.

The good news: with technology constantly evolving and improving, there are more opportunities than ever to tighten compliance programs.

Control Frameworks and Monitoring Programs to Defend Against FCPA Violations

Conceptually, use of control frameworks and monitoring programs is simple: simply keep an eye out for signs of bribery/corruption. As with many things, it’s more complicated in practice.  Let’s break this down:

Now, let’s have a look at the other half of that sentence: Keep an eye out for signs of bribery/ corruption.  With the vast amount of data that passes in and out of a firm any given day, this is no simple task.  There are two main ways a company can monitor for red flags: manual or automated.

A firm may choose to utilize manual methods, for instance sorting through reports, ledgers, and conducting other types of due diligence by hand. However, the process requires human capital and proper training, and is often subject to human error. Due to these drawbacks, automated monitoring has grown in popularity among organizations.

The automated method is similar in theory to the manual method, except, of course, the steps are executed by a tool rather than a human, saving time and boosting efficiency and accuracy.  Here are some of the noted benefits of using automated tools for red flags monitoring:

The recent publication of the “Resource Guide to the U.S. Foreign Corrupt Practices Act, Second Edition” brought FCPA compliance back into the spotlight.  Given that the DOJ and SEC plan not to back down on their intention to enforce the second article, it is critical that firms assess their compliance programs and consider technology solutions to boost efficiency and effectiveness.  For any inquiries or to find out more on the topic, please reach out to me. 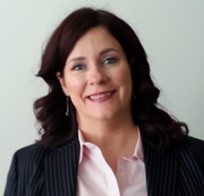 Next Post - How to design a best-in class Issues Management Framework?